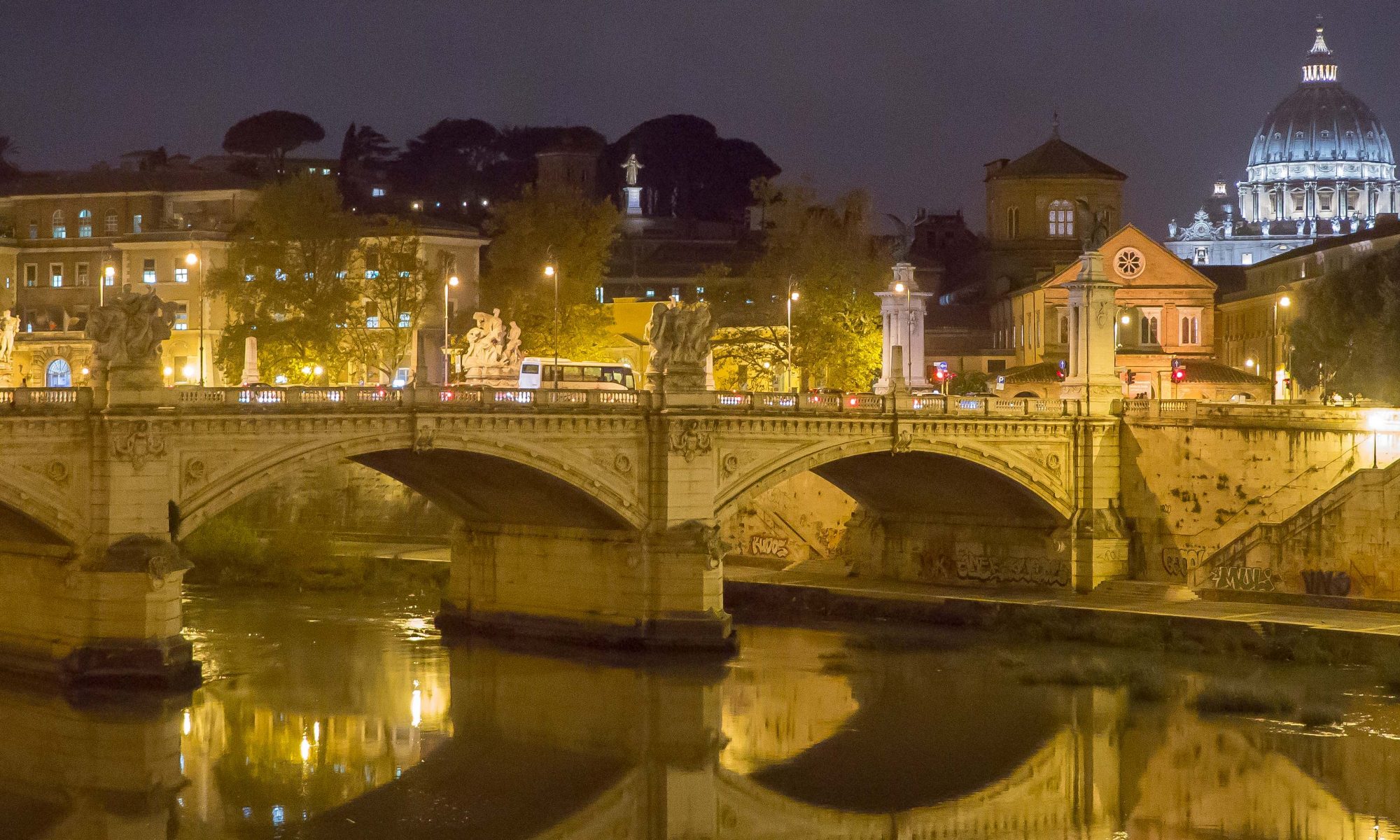 With all of the art, architecture, and history to see in Rome, you could spend years looking at it 24-7 and still just scratch the surface of what’s there. But when to see Rome is just as important as what to see. Here are three reasons why after the best time to see Rome is after dark:

As the sun starts setting over Rome, ancient buildings and structures begin to glow, first from the orange rays of the setting sun, and then from artificial lighting.

Objects that might have appeared dull and lifeless during the day suddenly pop out in front of you under dramatic lighting.

The combination of white and warm yellow lighting in some areas of the Roman Forum creates some surreal views that you would never see during the day.

Small works of art that you may miss during the day reveal themselves to you under directed light.

After dark, most of Ancient Rome is bathed in the warm glow from sodium-vapor lights. This lighting has been designed to mimic the glow from torches that originally lit the ancient parts of the city.  You can really imagine yourself in ancient times walking through the narrow cobblestone streets!

Many of the large ancient structures such as the Colosseum and the Castel Sant’Angelo dramatically come to life at night.

Many sights, especially with tour groups, can only be seen during the day, such as the Palatine Hill.  But being out in the hot sun, especially in the afternoon during the summer months, can be exhausting.

If you have a choice, why roast under the hot sun when you can experience most of Rome’s iconic sights under more comfortable conditions?

In general, the crowds will be smaller at night, so you can more intimately enjoy works of art like the Trevi Fountain or the Fountain of the Four Rivers in the Piazza Navona.

In fact, during the winter months, you can enjoy many of Rome’s most popular sights without the large throngs of tourists that you might encounter during the summer.

Rome really comes to life after dark. Because the lighting is more intimate, and the crowds are smaller, and you don’t have to constantly shade yourself from the hot glare of the summer sun, life becomes more enjoyable. You can be around people in a more relaxed setting, and also relax al fresco over dinner with your friends and family.

Contact us for help and advice in planning your trip to Rome after dark!