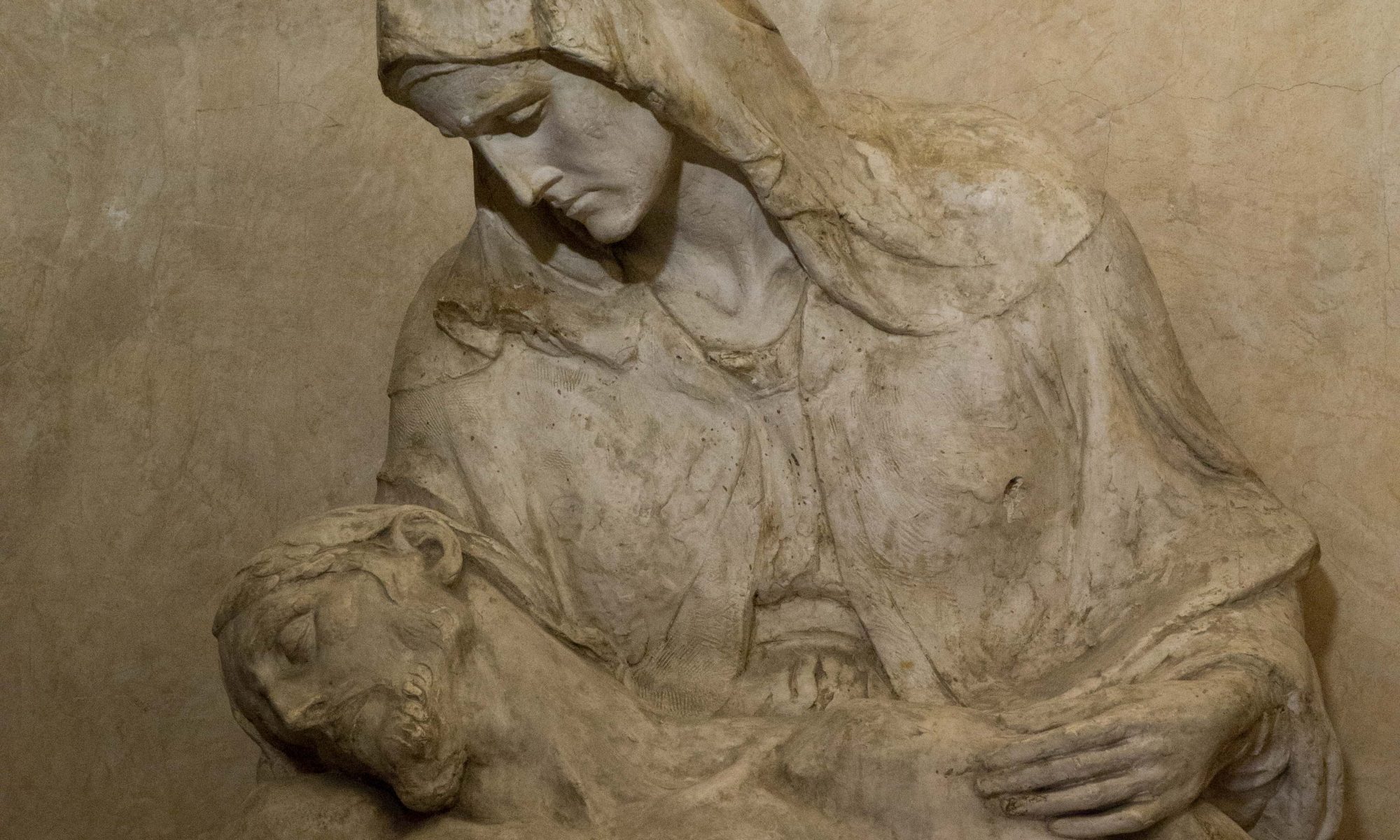 So you are heading off to Italy! You researched flights online and got the best deal or you went with a travel agent. You have your hotels, your trains, your cars all figured out. It is going to be GREAT!

And it will be. You almost cannot go to Italy and have it be anything other than great.

But Italy, with all its beautiful cities, amazing structures and fabulous art can be a bit overwhelming. Everywhere you look there is something spectacular to see. Italy is a giant art bath and it literally takes your breath away.

So how do you somehow get everything in order in your mind so that you don’t see it all in a giant blur and then not remember any of it?

My husband and I are avid Italophiles. We have a place in Calabria and get over there whenever we can. We always stop over in Rome and many times Florence before taking the train down south and every time we go we see new and exciting things.

Florence is a very special city and the birth place of the Renaissance.

But Rome and Florence can also be a giant blur unless you know the history and at least have an idea of the chronology of the events and the personalities that have shaped these cities and made them bright stars in Italy’s crown.

Since we first realized that we needed proper context in order to really enjoy these cities on a deeper level, my husband and I started purchasing courses through The Great Courses.

In addition we found  a great series on YouTube that anyone can view for free. There is so much available that it is difficult to pick out a few favorites.

1) “The Rise of Rome” by Professor Gregory S. Aldrete Ph.D. (The Great Courses Plus)

In his course The Rise of Rome, Dr. Aldrete explains in entertaining detail how from the 8th century BC, Rome rose to a massive civilization that controlled the entire Mediterranean basin and beyond.

Dr. Aldrete not only goes over the chronology of the rise of Rome but puts in perspective all of the main events and characters that shaped Rome as she rose and then started her demise.

Dr Aldrete is as entertaining as he is brilliant sometimes giving his lecture in a Roman toga and inserting anecdotes that enlighten and add color.

Many of the Great Courses lectures are offered in DVD format or you can stream them. They come with an accompanying text with pictures and important information but even if you simply watch the lectures you will gather tons of great data that will put the entire city in perspective for you.

Dame Mary Beard is a professor of Classics at the University of Cambridge as well a a fellow of Newnham College and the Royal Academy of Arts. Honestly she has so many achievements that it would take pages to list them all, however despite her amazing depth of knowledge of all things Roman, Dame Mary Beard has managed to create a series that is intimate and understandable.

The most fascinating part of her series is that she follows the steps of the Roman Empire and on the way, translates various monuments and grave stones from Latin to English and gives historical context to each one.

Apparently back in ancient Rome, when someone died, a lot of information about them was written on their grave markers. Since these are in Latin, we pass them by in the streets, in alleyways and lining the Via Appia, and never know what secret treasures they contain.

Dame Mary opens up this treasure trove of intimate information so we see how the inhabitants of Ancient Rome lived, from the emperors to the men and women in the streets.

3) “The Prince” by Professor William Landon (The Great Courses Plus)

The Prince is a lecture series that follows the life and downfall of Niccolo Machiavelli and the impact his book “The Prince” has had on society up to and including present day.

Machiavelli lived in Florence during the Renaissance and is a contemporary of Michelangelo, Lorenzo De’ Medici, Rafael, Leonardo Da Vinci and the insane Franciscan monk, Savonarola.

Political situations were volatile back then and one could be in a cushy government job one minute and hanging upside down in a bonfire in the piazza the next.

This lecture series gives a close up look not only at the political situation and surrounding events during that incredibly active time, but also how the crucible of political upheaval helped create Machiavelli’s brilliant work and how his ideas have permeated our culture today.

Walking the streets of Florence, you can’t help but understand better everything around you and to see the city in its ancient context bringing the Renaissance to life.

4)  “The Genius of Michelangelo” by Professor William E. Wallace.  (The Great Courses Plus)

Of all the courses my husband and I have studied, this is my favorite because I have a deep love and respect for the genius that is Michelangelo.

Professor Wallace shares that love and respect and takes you through the journey of Michelangelo’s life from his relatively ignoble birth to his rise in Florence and to the associations with various popes who commissioned him to create some of the most beautiful art works ever created anywhere.

Florence is a treasure trove of Michelangelo’s works and one of the homes he owned is now a museum dedicated to him where you can see up close and personal his early works like “The Madonna of the Stairs” and “The Battle of the Centaurs”.

Walk in Michelangelo’s footsteps in both Florence and Rome and see where they cross those of Machiavelli and Leonard Da Vinci. Glimpse of the personality of the artist and understand the barriers he had to overcome to create everything he created in one short life time.

This lecture series more than any other take both Rome and Florence from one dimensional tourist destinations to multi dimensional story tellers with every street, palace or museum contributing to the tale.

In the days of the Roman Empire, Pompeii was a thriving port city and a playground for the rich. That all changed in 79 AD when an explosion blew the entire top off the mountain of Vesuvius and created a pyroclastic flow that killed everything in its path and enshrouded the entire city and all its inhabitant in volcanic ash where they lay for centuries.

It was not until the 1700’s that Pompeii was properly discovered and excavations began uncovering a city almost perfectly preserved as if in amber right down to a loaf of bread that was cooking in a bakery as the eruption began.

Walk with professor Tuck through the ancient city and get a taste of life on the Mediterranean in ancient times.

6) The Life and Operas of Verdi” by Dr. Robert Greenberg (The Great Courses Plus)

In addition to being an Italophile and Renaissance addict I am also a musician. I have purchased and studied many of Dr. Greenberg’s lectures and find him uniquely understandable and highly entertaining.

Travel with him through the life and the operas of Italy’s favorite musical son up through the Italian Risorgimento.

Verdi’s operas are beautifully constructed and anyone who loves opera has seen one or more of them.

Dr. Greenberg gives us a glimpse of Verdi’s character, his trials and tribulations as well as his resounding successes. This is all presented within a rich historical context giving us a unique slice of life in Verdi’s beloved Italy.

If you love music, you will love this set of lectures. On another topic, Dr. Greenberg has similar lectures exploring the life and works of Beethoven and an all around favorite “How to Listen to and Understand great Music”

These lectures and other similar studies have deepened our understanding of these unique beautiful Italian cities and of Italy itself.

Italy has the deepest and richest history of any European country. It boasts of the Roman Empire, the Renaissance, and gave birth to the most compelling and greatest artists, architects and statesmen the world has ever seen.

If you study even one on the above lecture series, you will have a depth of understanding that will allow you to remember your trip long after you return home and will also you to reignite your memories when you rewatch them.

The Great Courses offers the courses we referenced above and much more through the Great Courses Plus video-on-demand service  offering over 8,000 engaging video courses taught by university professors from top schools. We have viewed many of their courses and recommend them without hesitation. The Great Courses Plus has a free 30-day trial that you can take advantage of by clicking on the banner link below. We do receive a commission from signups through this link, but it’s at no extra cost to you and helps us fund additional content for this site.