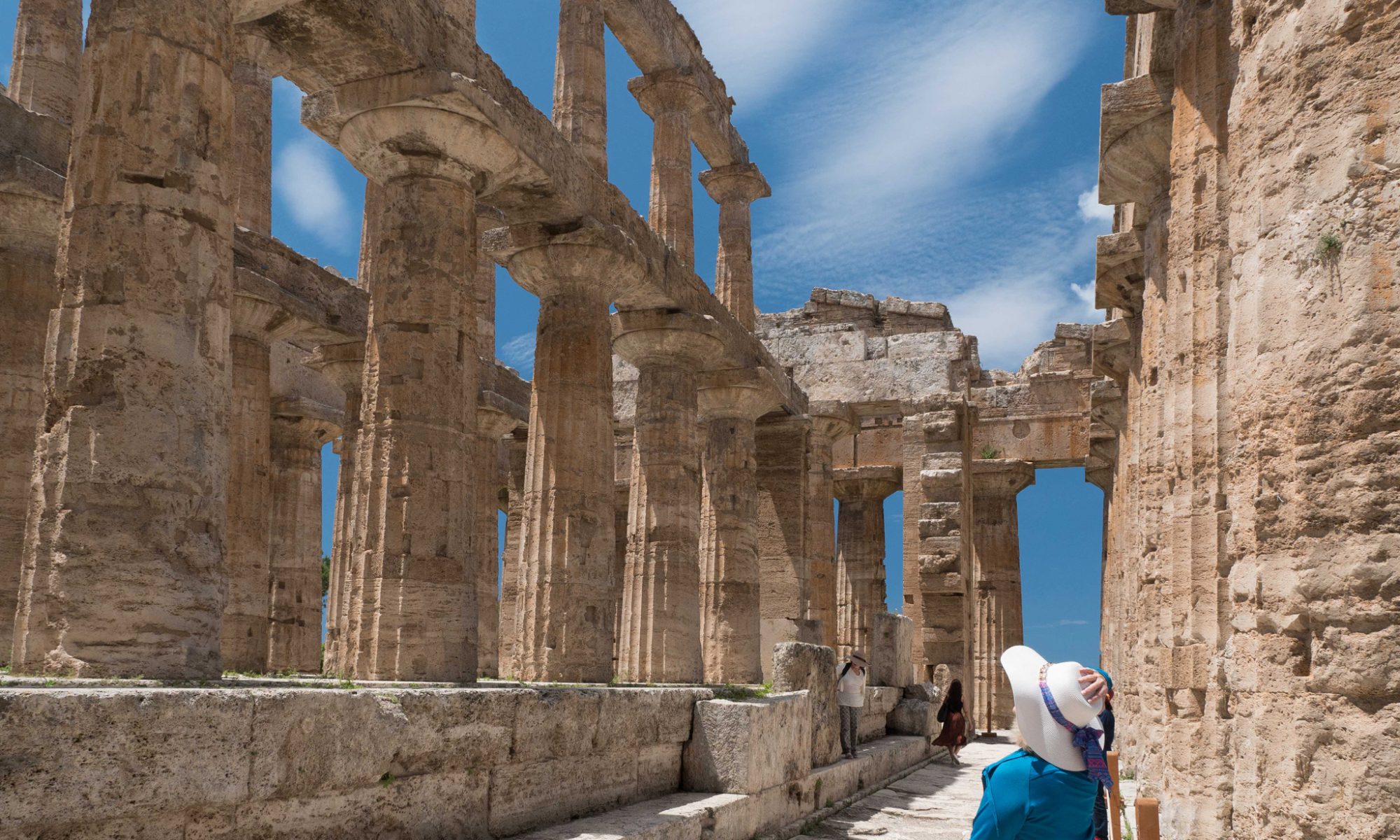 Interior of the magnificent Temple of Neptune

You have been to Rome and seen the ruins and remnants of ancient Roman civilizations piled bit by bit on top of each other until they sometimes seem to blur into a vague category in your consciousness entitled “Ancient Roman History”.

As you whiz through Rome amongst the crazy traffic and high speed buzzing scooters, you can get lost in a world dating back to before Christ when gladiators were rock stars and Roman emperors and their courts were living, breathing reality shows.

You love history but it gets a bit crazed and overwhelming at times doesn’t it?

This is why you need to visit Paestum.

Nestled along the coast among farmlands sprouting olives, artichokes and the famous buffalo (mothers of the creamy delightful mozzarella da bufala that gracefully crowns the best pizzas on the planet) you will find an ancient archeological treasure containing the best preserved Greek ruins in the world.

Paestum not only features miraculously preserved Greek temples (The temples of Hera, Athena and Neptune) but is an entire ancient Greek city laid out exactly as it was 500 years before Christ.

As you wander this ancient city looking at the temples, the marketplace, the gymnasium with its grand pool, and the houses still containing the mosaic tiled floors, you can blink and suddenly find yourself back in that time period.

You can see the columns and loggia (columned walkways) bordering the government buildings and marketplace. You can hear the voices of the vendors in the market selling wine, fruits and vegetables cultivated nearby, and fish just pulled from the sea. You can smell the food being cooked to purchase and take away and the bread baked in the early morning hours in time to be sold fresh at the market later in the day.

It is a perfect snapshot of history still fresh although it existed almost 2,500 years ago.

Paestum was founded at the mouth of the Sele River by the Achaeans (from Achaea in the area of the Peloponnese in Greece) who had originally landed in Sybaris  (across the Italian boot on the coast of the Ionian Sea) but fled from there in about 600 B.C and found their way here. *

Before the Roman Empire took over the vast majority of Europe and ultimately parts of Africa and Egypt, the Magna Grecia was in full flower.

The Magna Grecia started in the 8th and 7th centuries BC and covered much of the southern areas of Italy’s famous boot including areas in Campania, Baslilcata, Calabria, Apulia and Sicily.

Settlers from Greece began arriving on these coasts bringing with them the Hellenic culture, philosophies, agriculture and the basics of Greek civilization.

And Paestum was one of the beautiful Magna Grecian cities that was born at that time nestled within its defensive stone walls running along the banks of the Sele River and the crystal blue Tyrrhenian Sea.

A visit to Paestum today is a short and beautiful train ride south from Naples or north from Reggio Calabria.

From our village of Santa Domenica Talao, it is an hour and a half of gorgeous scenery as you wind your way along the glorious coast to the shady avenue that leads you directly from the Paestum train station into the archeological park.

As soon as you arrive within the walls that protected this ancient Greek city, you can see outlines of walkways and buildings and in one glorious sweep you take in the magnificent temple of Neptune (or Poseidon if you are an ancient Roman) rising up and glowing pinkish gold in the Tyrrhenian sunshine.

How to Best Explore Paestum

Most visitors see Paestum in Spring, Summer or Fall. At any of these times the weather can be quite hot and humid making it challenging to see all of the park and the museum.

The best way to see Paestum is to arrive as early in the morning as you can and explore the city before the heat of the afternoon sun chases you inside.

Take a break at lunch and have a fantastic meal at the Ristorante Pizzeria Delle Rose which is on the corner of the tree lined street filled with gift shops that runs the length of the park.

Normally I do not recommend eating anywhere near monuments and attractions but Ristorante Pizzeria Delle Rose seems to be an exception to that rule. We had an amazing meal with fresh pasta and fish dishes at a great price. The service despite the busy lunch crowd, was warm and efficient.

After your refreshing lunch, head over to the air conditioned museum to see the myriad of artifacts that have been unearthed and put on display.

It is amazing that these every day items are so perfectly preserved giving us a glimpse of a long ago civilization as though we were looking in the shop windows alongside the people who lived there at that time.

Beyond the miraculously preserved Greek temples and the historical snapshot of a bustling city, Paestum is a place that has a very special feel. It is a place of unrivaled aesthetic and spiritual expansion that mortal words cannot really describe.

In short, Paestum has to be experienced to fully understand the inherent beauty, not only of the remnants of a magnificent civilization but of the very civilization that sired it.

Southern Italy, the home of the Magna Grecia is a treasure chest of Ancient Greek, Roman and Etruscan civilizations and artifacts. It is also home to some of the most magnificent beaches and glorious stretches of coastline on the planet.

Super Savvy Travelers are Southern Italy experts. We have a home here and spend our waking hours exploring and learning about all aspects of this spectacular region that has been completely ignored by travel guidebooks and is only now being discovered by Savvy Travelers and culinary experts.

Call us if you want to visit this dazzling region. We will set up a trip that you will never forget. 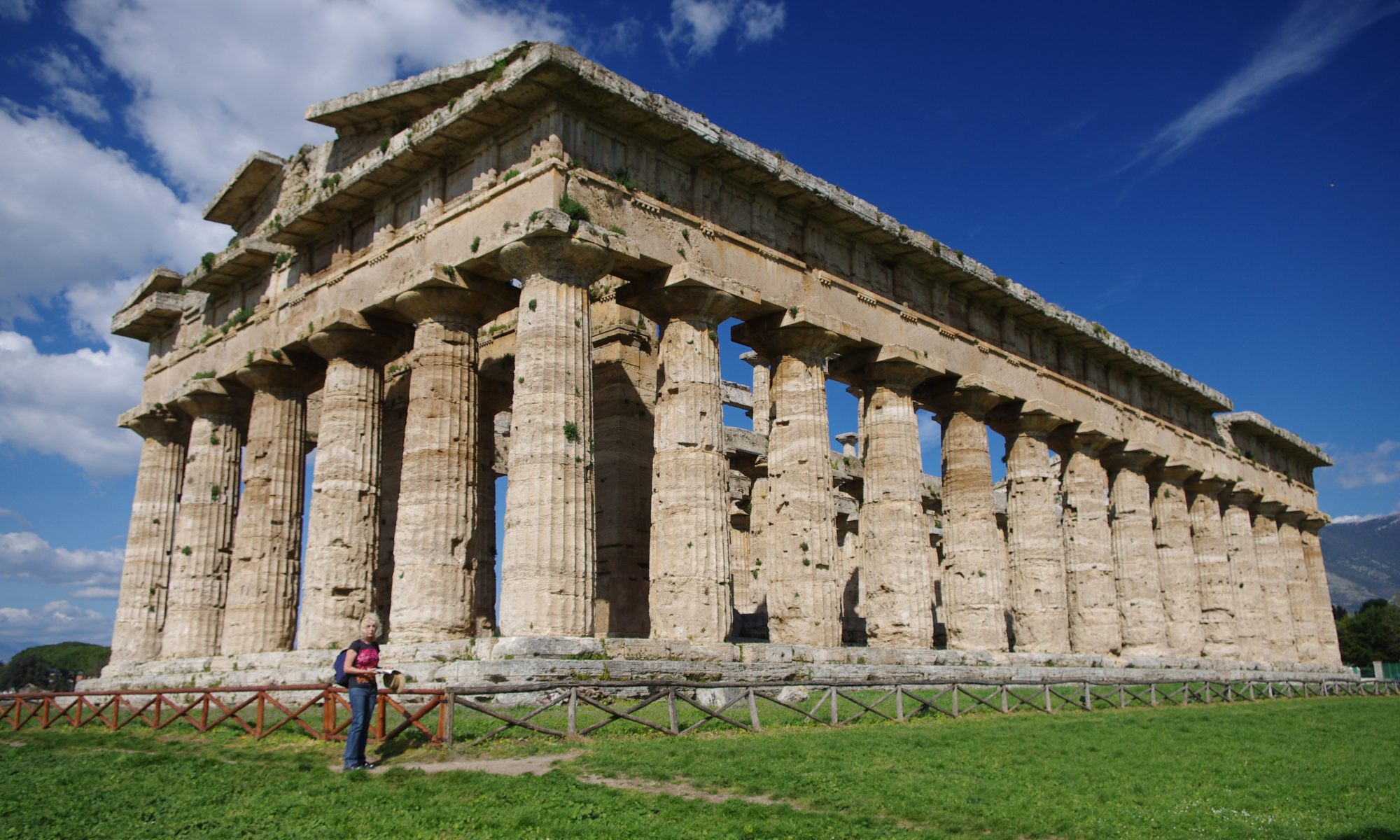