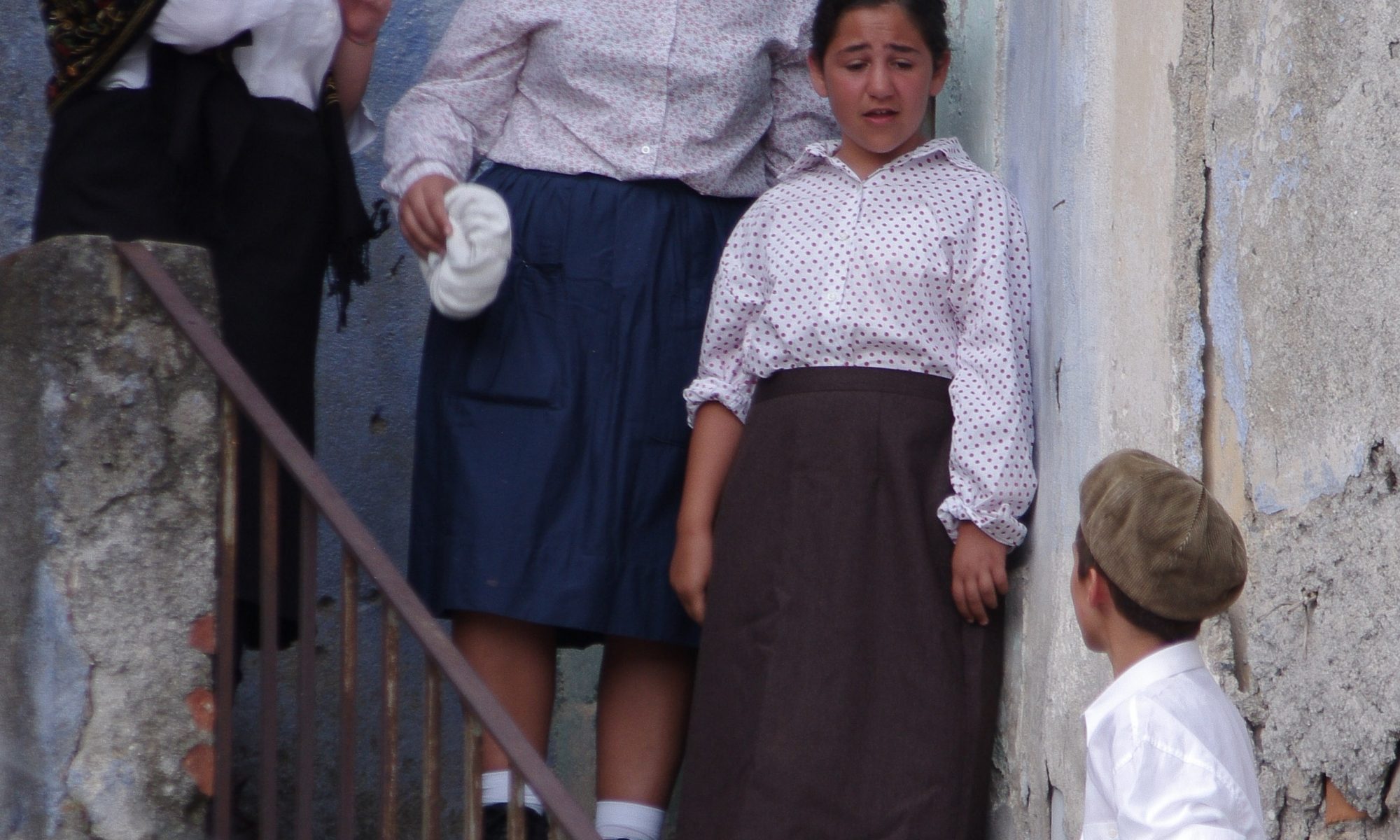 A couple of years ago Chris and I were walking through our hilltop village of Santa Domenica Talao in Calabria.

Across from our favorite market we saw a group of students and adults crowded around the bottom of a set of stairs leading up to an apartment. 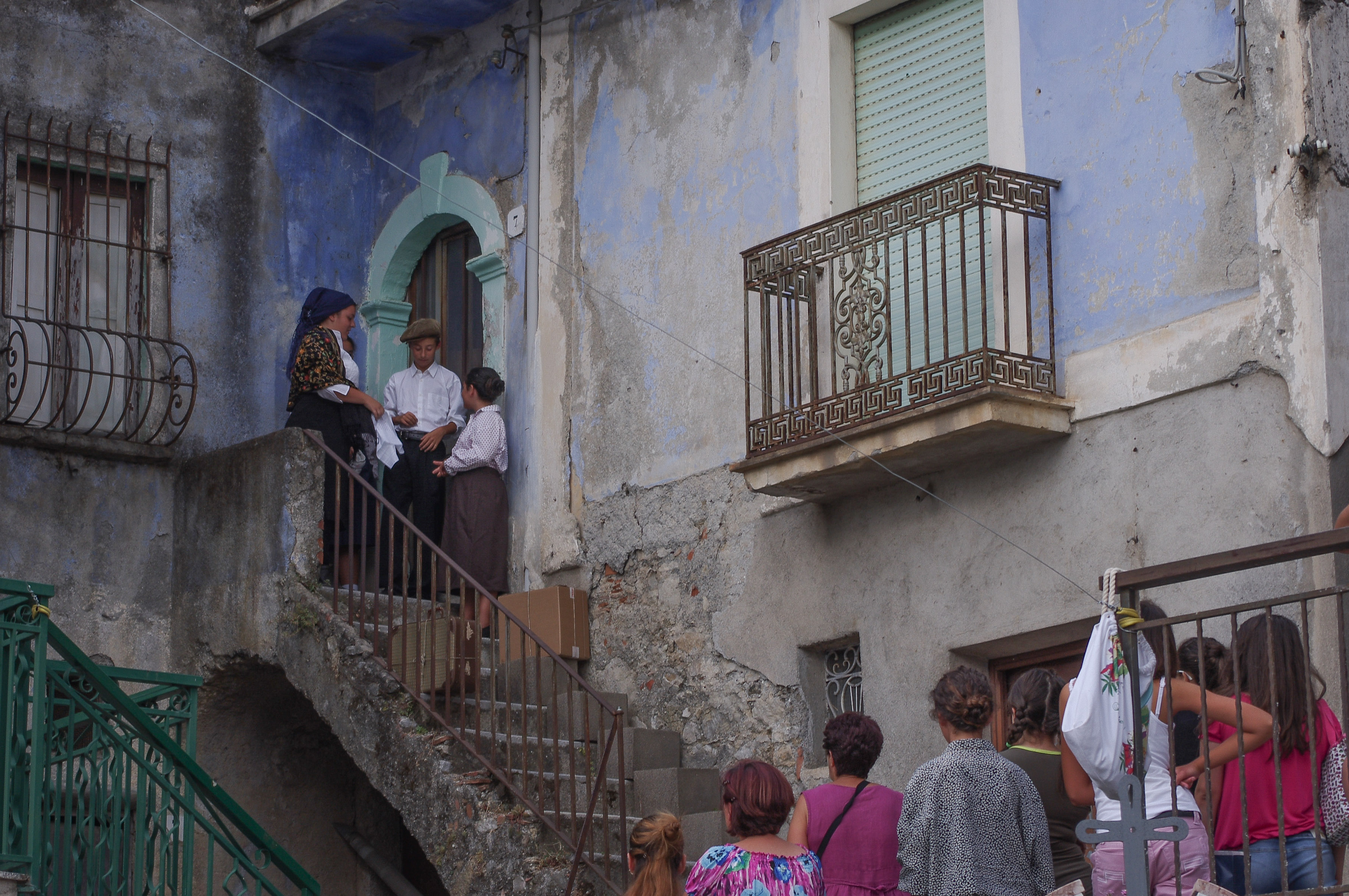 At the top of the stairs was a group of students dressed in early 20th-century outfits.

The students appeared to be rehearsing a play showing the father of a family with packed suitcases getting ready to leave his village. He was probably headed for the United States.

America was the main destination for Italians leaving Italy from the late 19th century until the 1930’s. 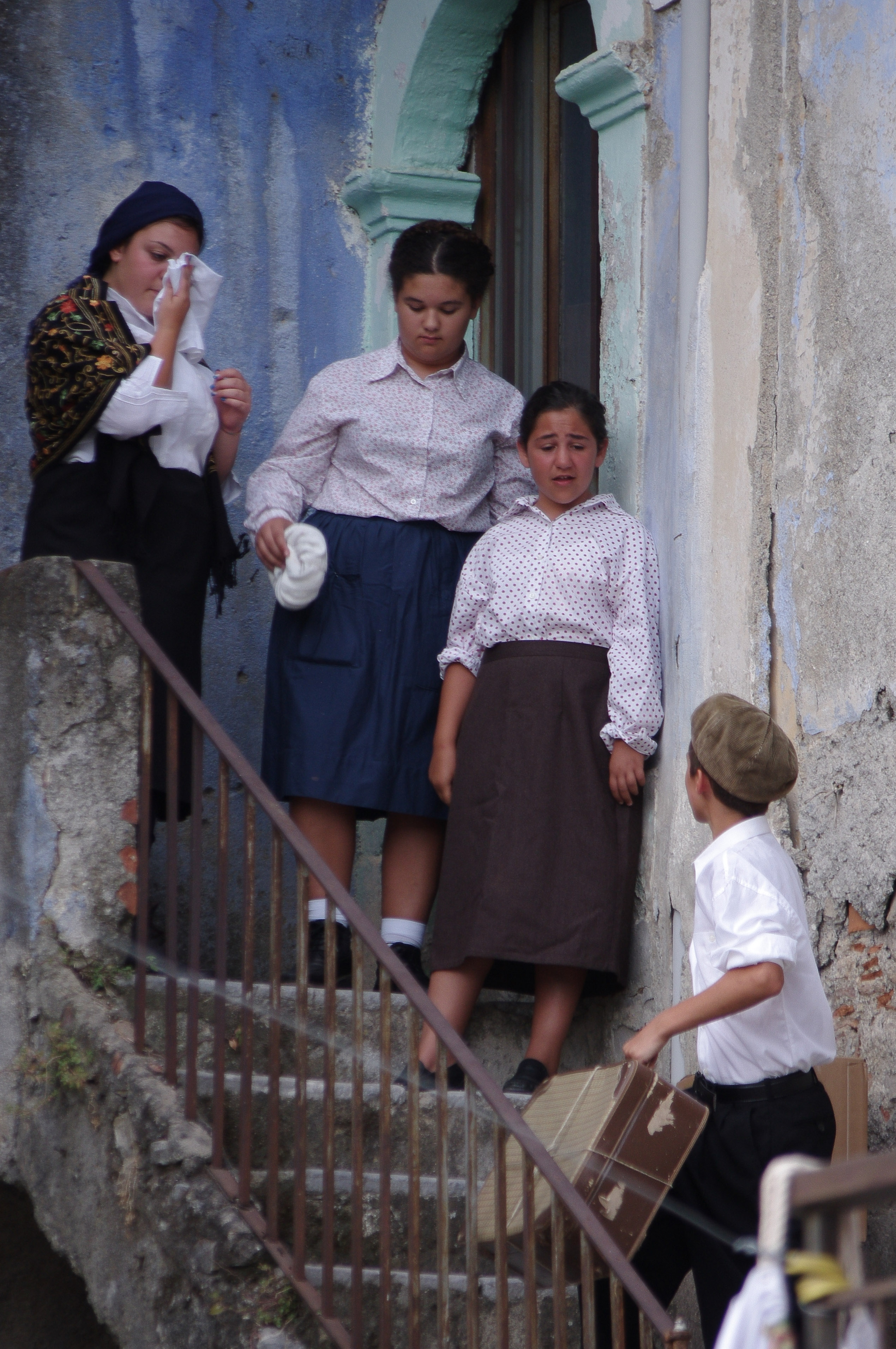 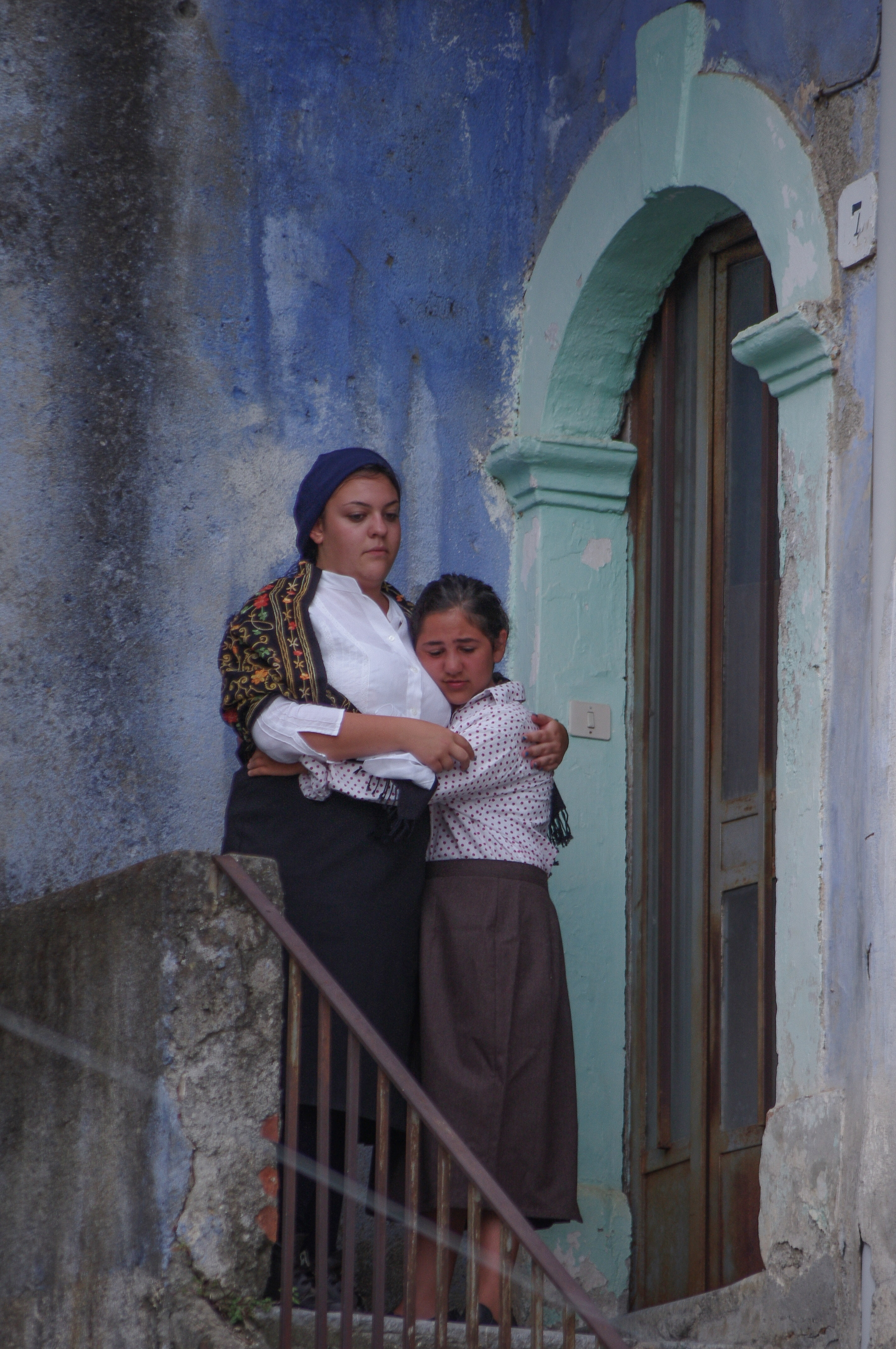 This must have been a very familiar scene to many Italians in Italy between 1876 and 1915 when 14 million Italians left their homes seeking a better life.

Between 1876 and 1930, five million Italians immigrated to the United States (shown in dark green in the graph below). Most were coming from the southern regions including Calabria.

These people left because of poverty, political hardship, and the desire to earn enough money abroad to return home and buy land.

Most Calabrians at that time farmed for a living, and they lacked modern technology to farm efficiently.

After the reunification of Italy in 1861, repressive measures by the government through WWII caused more Italians to leave.

Many people of Italian heritage are now returning to Italy to rediscover their own roots and also to buy properties to renovate.

In many cases, they return to small villages such as Santa Domenica Talao.

Chris and I don’t have Italian roots that we know of (although we haven’t done a genealogy search yet!). But we bought our own property in Santa Domenica Talao.

We fell in love with its natural beauty and its warm and friendly residents.

Calabria is a hidden treasure waiting to be discovered. The region is sprinkled with charming little hilltop towns and seaside fishing villages, each one having its own character and personality. 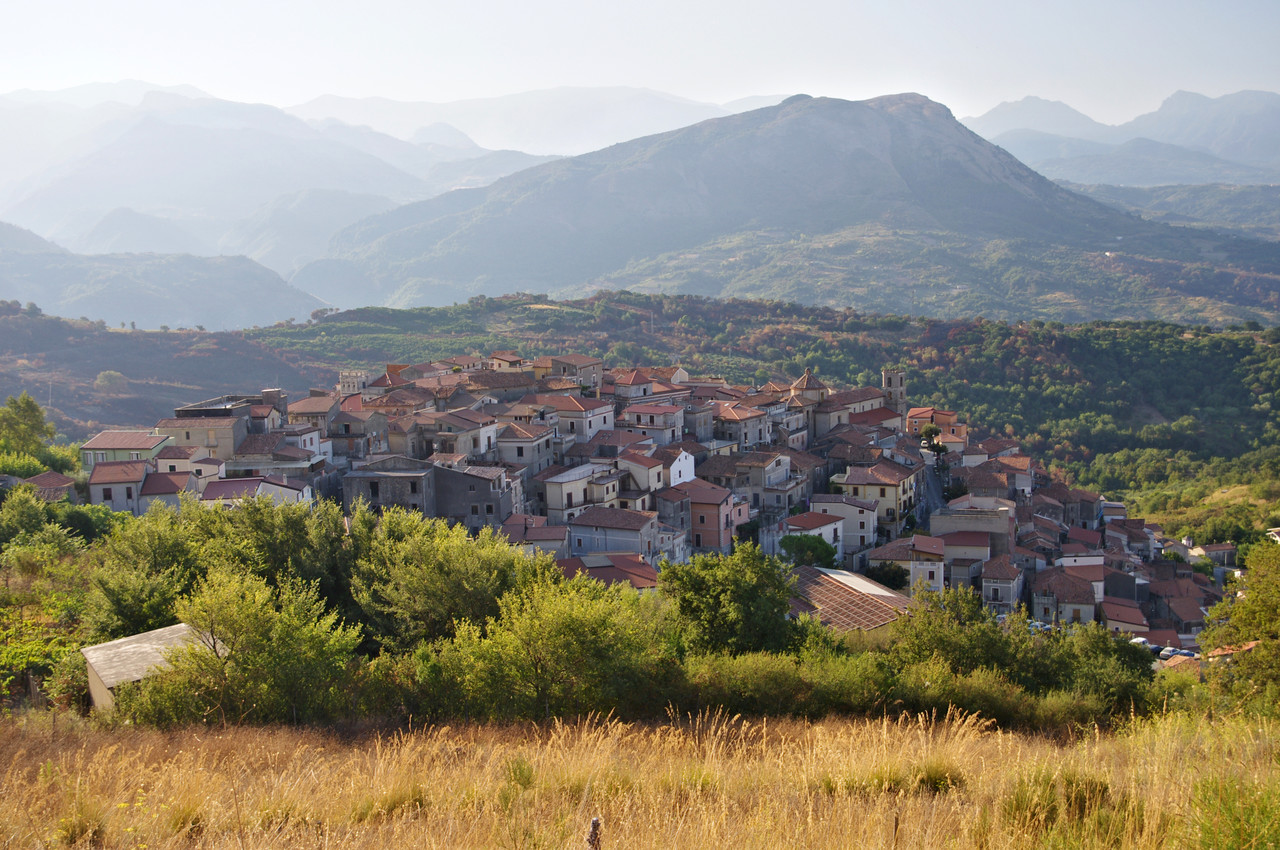 The landscape is breathtaking, the people are wonderful and the food is, well, Calabrian food is legendary.

Let us know if you are interested in learning more about the wonders of Calabria!

For a lighthearted look at Santa Domenica Talao, check out this article.